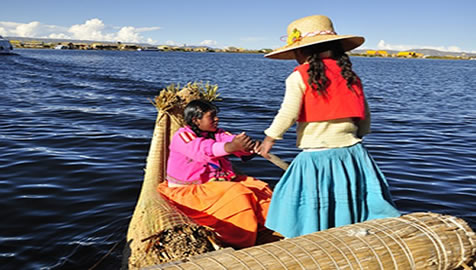 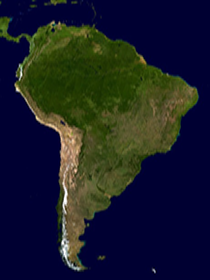 Probably, the most exciting region in the world for tourists. Just look at the main countries with the South America cradle.

Probably, the most exciting region in the world for tourists. Just look at the main countries with the South America cradle.


Each of the above countries offers distinctively different cultures and vacations. So, where would suit you best?

You need to decide if you are looking for a traditional beach holiday or trekking up mountains and clubbing in Rio. In other words, there is so much to see and do in South America that it would take days just to talk through the main attractions.

So, here is just an overview of some of those countries tourist attractions and locations.

Once a retreat for Argentina’s aristocracy, Mar del Plata today is the country’s top beach resort city. Located on the Atlantic Coast, the city attracts millions of tourists every year to its sandy beaches and lively culture.

Climbing Aconcagua is an activity for true adventurers. Aconcagua is the highest mountain in the Andes and one of the world’s Seven Summits. It’s an exceptionally appealing destination due to its immense height and accessible climb.

Madidi National Park stretches from the Andes to the Amazon. Encompassing over 7,000 square miles, Madidi is known as one the most biologically diverse parks in the world. Visitors to Madidi may spot an elusive jaguar, a giant otter or the titi monkey.

The Eduardo Avaroa Andean Fauna National Reserve in the harsh Southwest Circuit region of Bolivia was created to protect the endangered vicuna and the llareta plant. The reserve is also home to some of the planet’s most unusual landscapes.

Known as the “City of Four Names”, Sucre is also called Charcas, La Plata and Chuquisaca. Founded in the 1500s by Spanish colonials, Sucre offers visitors a clear glimpse of life in aristocratic Spain in the 16th century. Sucre has many important historical buildings worth visiting, including La Casa de la Libertad, where Simón Bolívar wrote the Bolivian Constitution, and Bolivia’s National Library, which features documents dating to the 15th century.

The easily recognized emblem of Rio de Janeiro, the rounded rock peak of Sugar Loaf juts out of a tree-covered promontory, rising 394 meters above the beaches and city. Its summit is one of the first places tourists go, for views of Rio and the harbour, and for the thrill of riding suspended in a cable car between Sugar Loaf and the Morro da Urca, a lower peak from which a second cableway connects to the city. Rio's first settlement began below these peaks, near the long Praia da Urca beach, and you can tour one of the three early forts there, the star-shaped Fort São João.
With arms outstretched 28 meters, as if to encompass all of humanity, the colossal Art Deco statue of Christ, called Cristo Redentor (Christ the Redeemer), gazes out over Rio de Janeiro and the bay from the summit of Corcovado. The 709-meter height on which it stands is part of theTijuca National Park, and a rack railway climbs 3.5 kilometres to its top, where a broad plaza surrounds the statue.

At the point where Brazil, Paraguay, and Argentina meet, the Iguaçu River drops spectacularly in a semicircle of 247 waterfalls that thunder down into the gorge below. Just above the falls, the river is constricted to one-fourth of its usual width, making the force of the water even stronger. Some of the falls are more than 100 meters high and they cover such a broad area that you'll never see all of them at once, but you do get the broadest panorama from the Brazilian side.

About 20 kilometres southeast of Manaus, the dark Rio Negro waters meet the light muddy water of the Rio Solimões, flowing side by side for about six kilometres before mixing as the Amazon. Boat trips from Manaus take you to this point, called Encontro das Aguas, meeting of the waters. Other boat trips take you into the heart of the rain forests and the network of rivers, channels, and lakes formed by the three rivers. In the Rio Negro, the Anavilhanas Islands form an archipelago with lakes, streams, and flooded forests that offer a full cross-section of the Amazonian ecosystem.

An serendipitous discovery on our recent trip from Santiago to Iquique, the narrow Elqui Valley stretches all the way from the adorable beach town of La Serena (about 7 hours north of Santiago) to the Argentine border – roughly 140km. There is a dramatic contrast between the rough mountain sides and the lush green valley in between, where the grapes for Pisco and wine are cultivated, as well as Chilean papayas, avocados, oranges and other fruit. Little towns with sleepy town squares dot the valley and you can stop at a pisco distilleries that invite to stop for a tasting. The valley is also known for its crystal clear night skies, perfect for excellent star gazing conditions.

The Lake District is about 1,000km (620miles) south of Santiago and is often compared to Switzerland and Austria, thanks to its many lakes in an Alpine setting. However, the surrounding volcanoes (there are six of them) and touches of Chilean culture definitely gave the area its very own charm, despite traces of German settlers found everywhere – especially in the widespread kuchen custom! The region is a mecca for hikers and active travelers.

The list of attractions will just go on and on and as mentioned before, it is up to you to decide on the locations and the method of transportation and what sort of holiday you are really looking for. Be aware that South America has a constantly changing weather pattern. Hot one day and tropical storms the next, so if you decide to go somewhere remote be prepared with plenty changes of clothing.

Know Before You Go

The best way to prepare yourself is to be well-informed about the current political and economic situation, which often indicates the overall safety and stability of a country. Government travel warnings should also be taken into consideration, and you should check the website of the State Department or Department of Foreign Affairs of your home country for any recent events that might affect travelers. Before going off into remote areas you should register with your embassy or consulate and inquire about safety risks. Keep their phone number and address handy in case of an emergency. I have also found it helpful to read the local newspapers or a locally published English-language publication to stay abreast of the latest news and events that might affect your safety.

Travel with a Watchful Eye and an Open Mind

Among the most common annoyances for travelers in South America is being overcharged by taxi drivers and shopkeepers, and being targeted by skillful pickpockets. These annoyances pose no direct safety threat, but they point at the vulnerability of foreign travelers in an unfamiliar environment. It is essential for travelers to be alert and observe the world around with watchful eyes.

Travelers should also take special precautions when walking around in unfamiliar cities or towns and should keep in mind that the crime rate in many South American cities is quite high. Dark streets with little traffic invite muggings.

City centers, beaches, and tourist attractions are often frequented by pickpockets, and you should always keep an eye on your belongings. Be especially careful in crowded places and on buses, trains, and boats.

Carrying your wallet in your back pocket only invites pickpockets. It is best to carry as little money as possible, and only keep a few bills in your front pocket. Purses worn over the shoulder are also easy targets for pickpockets. If you are ever mugged, don’t resist, even if the assailants are just kids.

Avoid wearing flashy clothing, expensive watches and jewellery, and carry your camera in a small backpack instead of around your neck or shoulder. Keep in mind that it is illegal in many South American countries to photograph military installations or government buildings. Ask a policeman or security officer if you are in doubt.

Although women travelers in South America face the same general safety concerns as men, they also have to cope with undue attention from local males. South America is a fairly chauvinistic continent, and a single foreign woman is often considered an easy target for male advances.

Learn from the Locals

Learning a few words in Spanish (Portuguese in Brazil) will also increase your safety. The ability to communicate builds friendship and takes away anonymity and distance. A traveler who is in contact with the locals and knows a few phrases is less likely to be regarded as an ignorant outsider and targeted as a victim. With just a basic vocabulary you can ask the locals if it is safe to walk in their town at night and where to find a good restaurant or a reputable hotel. You can’t always trust every word, but their advice will help you make up your own mind.

Know your Abilities and Limits

While it is important to keep a watchful eye on the world, some of the most serious safety threats come from the fact that we think of ourselves as more experienced and stronger than we really are. Misjudging our physical ability or potential risks is probably the most fatal mistake any traveler can make. If you are planning an adventure in a South American country you don’t know, you might want to take a more cautious approach to your adventure. You could go trekking in the Andes with a group before exploring this vast mountain range by yourself, or join a boat tour in the Amazon before returning in your own kayak