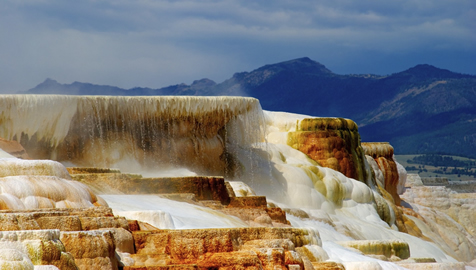 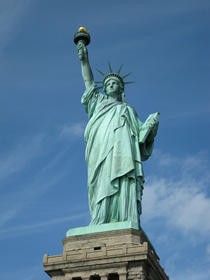 Have you ever thought about travelling to the USA? Want to experience the American dream and visit all those amazing places you have seen in the films and on TV?


Travelling to the U.S. is now very easy, but the hardest part is deciding when and where you want to go. Most people do not really understand the enormity of the country and just how far places are from each other. Compared with most countries in Europe America is like a giant star, where the European countries would be small moons.

Travelling to the U.S. is now very easy, but the hardest part is deciding when and where you want to go. Most people do not really understand the enormity of the country and just how far places are from each other. Compared with most countries in Europe America is like a giant star, where the European countries would be small moons.


Let’s put this into perspective with some facts.


Saying you want to visit America is saying I want to eat. You need to decide what you REALLY want to eat or see in the case of America.
This is so vital to plan, as packing the Bikini is unlikely to be needed in Alaska, and packing sun tan lotion is unlikely to be needed in New York City.
Here are ten things to take into account when planning a trip to the U.S. and this does not include the correct visas and paperwork, that is down to you to check out, as visitors from different countries have different restrictions. Always check with your local country Embassy site for details.
Important You Will Need to Apply for an ESTA
Before you enter the country you will need to complete an ESTA application, which stands for Electronic System for Travel Authorization. This is required by the US government of many visitors, as well as any other traveller from a Visa Waiver Program country. It is recommended that you submit your application online at least 72 hours before your trip and the ESTA will be valid for 90 days. Of course, this doesn’t guarantee your entry into the country (US border control makes that decision), but without it your holiday will not happen!/

SOME USA FACTS TO TAKE INTO ACCOUNT
The National Parks cover 84 million acres across every state – can claim many superlatives: The lowest point in the Western Hemisphere (Death Valley California); the highest point in North America (Mount McKinley in Denali National Park, Alaska); the longest cave system in the world (Mammoth Cave National Park, Kentucky); and the largest gypsum sand dunes in the world (White Sands National Monument, New Mexico).
The US doesn’t use the brilliantly logical metric system like the rest of the world Height is measured in feet; football fields in yards; distances in miles. Though the “use of the metric system has been sanctioned by law in the US since 1866” according to the CIA website, widespread use has been slow, to say the least. The US isn’t entirely alone: two other countries also don’t use the metric system –Myanmar and Liberia.
Throttling down the highway, the wind in your air and the road vanishing behind you. Though the country’s car culture has waned since its heyday in the ‘50s and Mustang-era ‘60s, the car is still the dominant force in transport – and seeps into every facet of culture, including music.

Yes, this rule applies in any airport, but the US Transportation Security Administration (TSA) can be particularly humourless. Having to deal with people carrying loaded firearms in hand luggage is also a daily occurrence. Tamp down your inner comedian and put up with life in the queue; it will be easier for everyone in the long run.


Maybe you are not a fan of tipping dollar bills to shuttle bus drivers, but add 15 per cent to every restaurant bill, but tipping is an inescapable fact of life in the US. Many minimum-wage jobs presume that tips will form a large proportion of overall income. In theory, that should lead to better service; in practice that varies widely. But tipping is expected, and stocking up on dollar bills (the US has dollar coins as well but they’re much rarer) is the easiest way to handle tipping the doorman who gets you a taxi. Note: some restaurants will automatically add a gratuity to your bill to make sure you pay it.


American alcohol laws are a patchwork of rules that vary by state, county, and towns. In some places (primarily in the South), entire counties or towns may prohibit alcohol. In all states, however, the drinking age is set at 21 for both sexes and is fairly well enforced with ID checks by the alcohol seller. Furthermore, it is illegal in most states to provide a minor with alcohol even in the company of his parents.
If you ride a motorcycle, don’t even try. This reliance on rules over traffic makes for inattentive drivers, and motorcycles don’t even register for most drivers.

The healthcare and pharmaceutical industries are among the 5 largest in the country, the costs are outrageous, and the care, inconsistent.